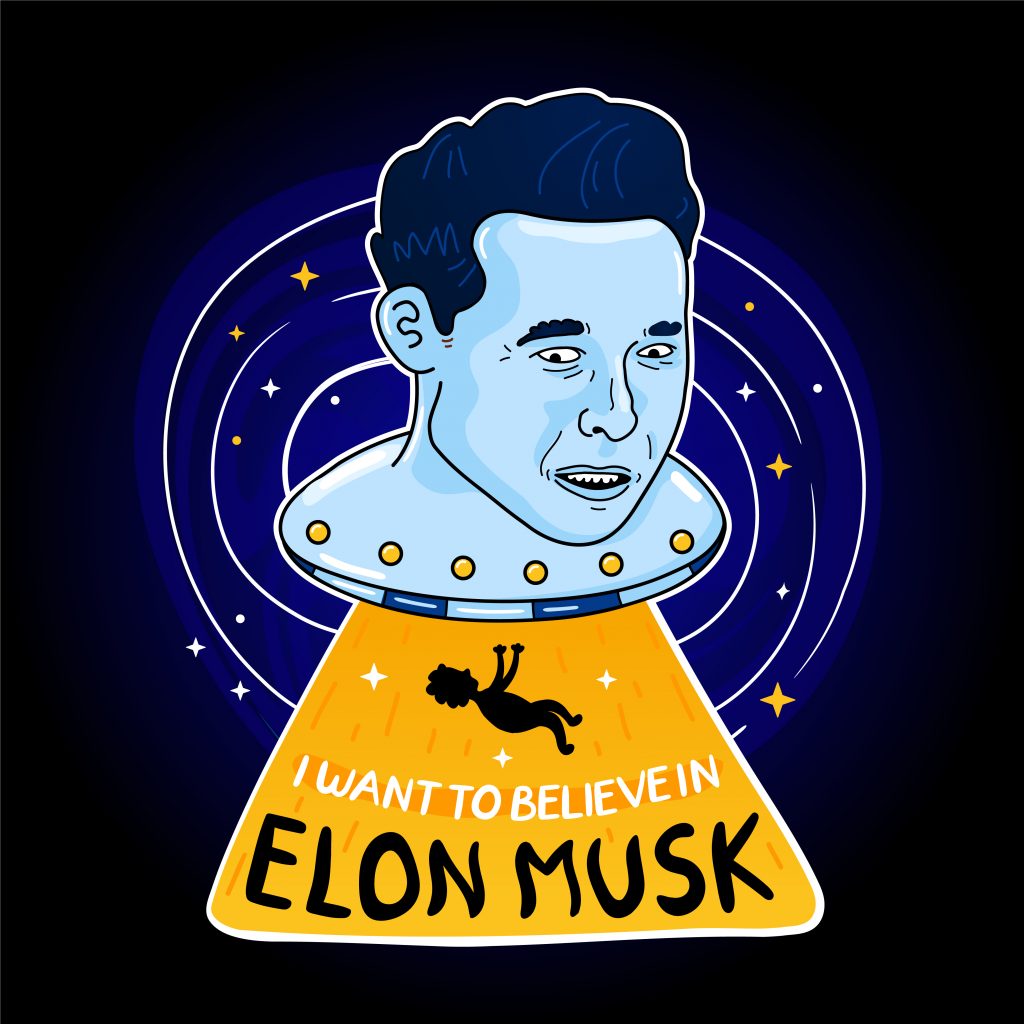 Elon Musk, Papa Elon, or Daddy Elon, as most retail investors refer to him, has been the true face of the young generation Y & Z investors and their remarkable effect on the stock market. For Elon Musk they are not only his hardcore customers but his financial backbone. Retail traders proved resilient and showed the good old institutional investors that great ideas are worth pursuing. And when it comes to meme stocks, non-other than Tesla’s impressive performance shows the true power of the collective mind of retail investors. Being in the spotlight as Elon has its complications. As a controversial figure, his “cool” attitude sometimes causes him trouble. On Joe Rogan’s podcast, his act of trying a soft-drug substance has caused havoc on the stock price. His tweets are nothing but exuberating and get him often in trouble with the SEC.

Elon Musk’s recent 9.2% stake in Twitter shows how much impact he has on the market. It is as if he is the pack leader of a significant portion of a global and predominantly younger generation investor movement. His reach spans China, Japan, South Korea, the entire West, the Americas, and even the Middle East.

Social Media is the binding factor that allows this movement to function as a collective mind beyond borders—making it no surprise for many as to why Elon Musk decided to enter the social media industry. Although this revolutionary relationship between a CEO, company, and retail investors in the financial market is something that every entity should welcome, it has hidden dangers that can be exploited easily by unknown rogue traders.

Let us analyze Elon Musks’ November post last year, where he posted a poll asking his audience to vote whether he should sell 10% of his Tesla stocks. More than 3.5 million participated, with the majority (57.9%) voting “Yes” to his proposal. According to Stockpulse’s expertise, this unique interaction with his audience can be exposed to manipulation.

According to Forbes, a study done in September 2021 pointed out a significant count of bots and false accounts for the world’s most famous billionaires’ Twitter accounts. Bill Gates has allegedly 42% unidentified users of his total 55 million followers. Jeff Bezos’ account of 2.6 million followers contains more than 1 million unidentified users, and get this, Twitter CEO Jack Dorsey has 1.7 million fake followers out of his 5.7 million.

Elon Musk has the largest audience spanning 60 million (Today +80M) with more than 28 million fake accounts or 46.5% of his followers. Now, considering a poll proposed by Elon Musk, where the outcome has a significant impact on the stock, could easily be swayed in the direction of a rogue trader or a group of organized fraudsters if he/they can spam the result of the vote. The communication is not limited to the poll itself. People re-tweet and post their opinion on Reddit, Youtube, Discord, Telegram, you name it. The expansion of information is limitless. A majority of fraudsters who can influence the occurring trend (via spamming bots) in a specific direction can have a more severe impact on the stock and market as a whole. The prime example of this can be last year’s February meme frenzy stocks, where there was enough evidence of bots influencing people to invest in other stocks such as BB, Nokia, etc.

Social Media is becoming an ever more important factor for companies to share information and sway the public to invest in them. Yet, leaving that space partially regulated by the authorities can invite more market abuse and manipulation.

Modern Artificial Intelligence and Deep Learning tools explicitly designed to improve the monitoring operations for regulators can significantly improve the investigation abilities to ensure a propper market activity in social media. Stockpulse’s Trading Surveillance solution covers +100 million verified users, which you can track, +250k executives active on cross social media platforms. With extensive coverage of +40k equities worldwide, 40 currency pairs, dozens of indices and commodities, and +9k cryptocurrencies. We gather +5 million messages daily and can analyze and interpret them in real-time. Stockpulse has one of the largest historical, social media sentiment analytics datasets, allowing you to re-evaluate your performance during an investigation. Uncover new evidence and anticipate future trends based on Buzz & Sentiment analysis. With a built-in alerts system that makes monitoring a much simpler task for you instead of tracking the market yourself, our solution allows you to monitor the entire web quickly and efficiently.