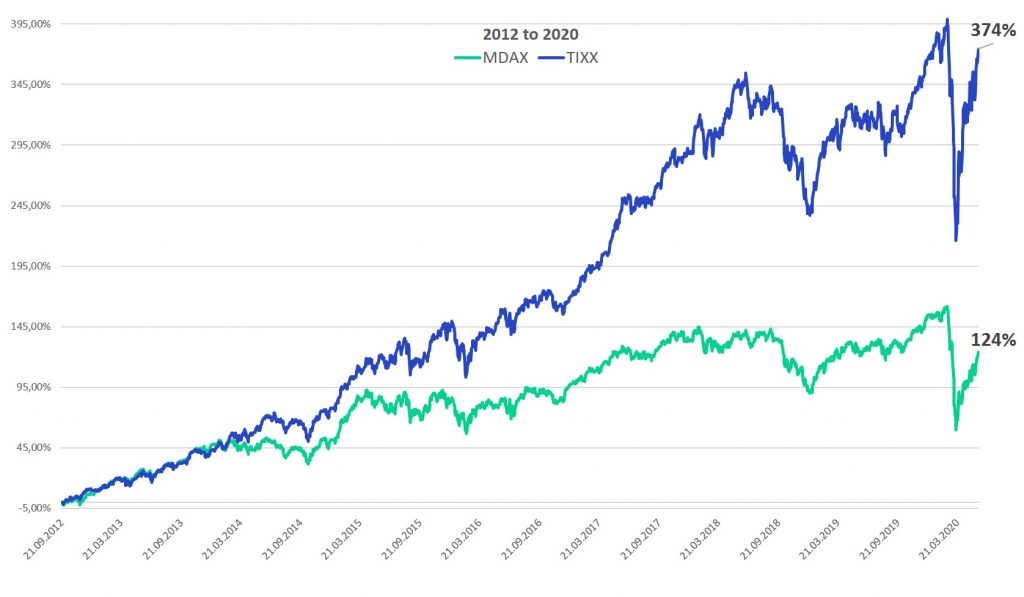 Where the rubber hits the road, Stockpulse’s stock indices are catching up sharply.

We at Stockpulse launched three innovative stock indices last year: the Big Data Sentiment indices (BDX Germany and BDX Europe) and the Deutschland Top Aktien Index (TIXX). During the Corona crisis, the BDX family and the TIXX – like all major indices – suffered significant setbacks. The race to catch up since mid-March 2020 is, however, extremely impressive: the TIXX has gained a whopping 44 percent since its trough in 2020 and is heading for a new all-time high, while the underlying benchmark MDAX recovered by just 34 percent in the same period. The BDX Germany had a similar performance of 34 percent, while the Dax was able to catch up slightly less (32 percent). The BDX Europe has risen by convincing 28 percent from its trough, while the benchmark STOXX 600 Europe lagged, rising just 19 percent (Time frame: 18 March 2020 to 25 May 2020).